March 2020 will go down as a month we'll always remember. Most of us have been locked down in our houses for a month now. Your employment may have changed. Your daily routines definitely have changed. And on top of all that, we experienced both the worst and the best weeks in the market since 1974.

Most of us had no mental framework for what a global pandemic would even look like. Movies like Contagion and Outbreak seemed more fantasy than a possibility for which we needed to prepare ourselves. But here we are, in the middle of a real "outbreak" and a self-imposed economic shutdown to contain it.

The market is our gauge

In March, the overall stock market had the most volatile month on record. Many were calling for the markets to be shut down until everything was stabilized. However, this thinking underestimates the key role markets play during a times of crisis. If it weren't for the market, we'd likely be in a much worse place right now. I'll tell you why.

Depending on which side of the aisle you sit, you may be distrusting of what the current administration says or perhaps what the mainstream media reports. Either way, when there is an absence of trustworthy news, we need the market to speak the wisdom of the crowd.

While President Trump was telling us that everything was fine and the virus was contained, the market plummeted. Why? Because the collective knowledge of the market knew that this was a bad situation, and yet the leader of our nation wasn't seeing it. As soon as Trump changed his tune, the market reacted more positively in hopes that the right measures would be taken.

President Trump cares about the market. He knows that all four past incumbent presidents who lost reelection have been during a recession. He doesn't want the market to go down, especially in an election year.

I don't think it's a stretch to conclude that the negative reaction of the market helped Trump to see that his minimization of the issue at hand needed adjustment.

So what is the market and why is it smarter than me?

Many of us have heard, "You can't beat the market" or "You can't time the market." But few truly understand why and attempt to do both.

The stock market is an organism. It's a hive mind; smarter in the aggregate than any single participant. It reacts to news instantly, yet it also thinks ahead and adjusts to its expectations. It weighs all of the variables to consider while our individual minds can only handle one or two at a time. Its movements represent the aggregate knowledge, wisdom, and emotions of all its participants.

Improving your odds of investment success starts with the humble recognition that the market is smarter than you. This is a hard thing for most people to admit. It’s a humbling thing to recognize that the world is far too complex for any one of us to truly understand it. But when you attempt to outwit the market, you compete with the collective knowledge of all investors. But by harnessing the market's power, you put that collective knowledge to work for you.

The market's power is rooted in the concept of group intelligence in which invariably the group’s estimate is superior to the vast majority of the individual guesses. 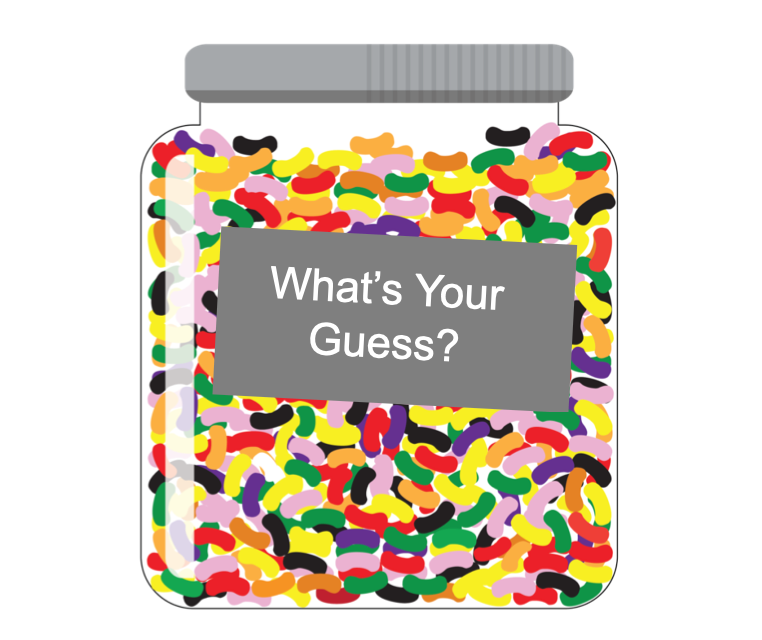 Don't believe me yet? Then gets some friends together and fill up a jar with jelly beans. Finance professor Jack Treynor conducted an experiment where he asked his students to estimate the number of jelly beans in a jar.

Estimates ranged from 156 to 2,020. While the range was incredibly wide, if you averaged the estimates of all the participants, you'd get 871. The actual number of jelly beans? 850. Only one of the 56 students made a better guess than the average guess of all the students.

This is exactly what happens with stocks. Instead of a few dozen students, you have millions of market participants who make their best guess at what a share of a company is worth. The average of all those estimates is the current stock price.

This is why it's so difficult for any one person to consistently beat, time, or predict the market. Because together, we know more than we do alone.

Examples of how much smarter the market is than you

During the initial coronavirus panic, a friend who was hesitant to invest said to me, "Kyle, things are going to get much worse." To which I replied, "I know, and so does the market. The market adjusted downward more than 35% in expectation for the coming economic impact. That impact isn't here yet, but the expectation of it is already priced in." The market would only fall further if our collective expectations worsened.

People who know the market can't be timed cannot resist doing so. It's easy to forget that the market has incorporated all known information and expectations into its current prices.

Consider another example. A couple of weeks ago, the jobless claims numbers were released for the first time since the stay-at-home orders were issued. There were reportedly 3.4 million jobless claims. That is an astronomical number that we've never seen before. Do you know how the S&P 500 reacted that day to the jobless numbers? It went up 7%.

Many people were confused by this. How could the market go up on such bad news? The answer is the market was way ahead of you. It had already adjusted downward in expectation for the job reports. It going up reveals that perhaps the jobless claims weren't quite as bad a what was anticipated.

So what should we do?

One of the silver linings of this pandemic is that it's given us a healthy dose of humility over how much we can really know. It's a complex world and every history-making event is unique. No one person can be right in every crisis. Often the person who made the right prediction last time gets it horribly wrong the next.

So then how do you thrive in a market environment like this? I think 96-year old famed investor Charlie Munger said it best: "One of the keys to great investing results is sitting on your ass." We should all be pretty good at that by now.