It's quite possible that March 2020 was the lowest the market will ever be again. It was a frightening time, but successful investing depends on how you respond to scary events in the markets. Warren Buffett's mantra is to be "fearful when others are greedy, and greedy when others are fearful." The interesting thing about 2020 was that you had a tremendous amount of greed and fear in a single market year.

Typically in a year where both are present, the greed happens first. That greed inflates prices to an unsustainable level, followed by a fearful crash such as the dot com bubble bursting in 2001. However, 2020 was different. You had a frightful market decline first, followed by the greediest rally we've ever seen.


Would You Have Predicted it?

For some, 2020 represented a missed opportunity. There may never be a lower point to enter the markets or a more fortuitous time to rebalance. For others, it was the luckiest year they will ever experience. The speculative digital asset, Bitcoin, was up over 400% and Tesla rose a whopping 743%. Many other tech stocks with zero profitability have skyrocketed in the mania. Nearly every IPO (initial public offering of a stock) popped 100% once it was listed. 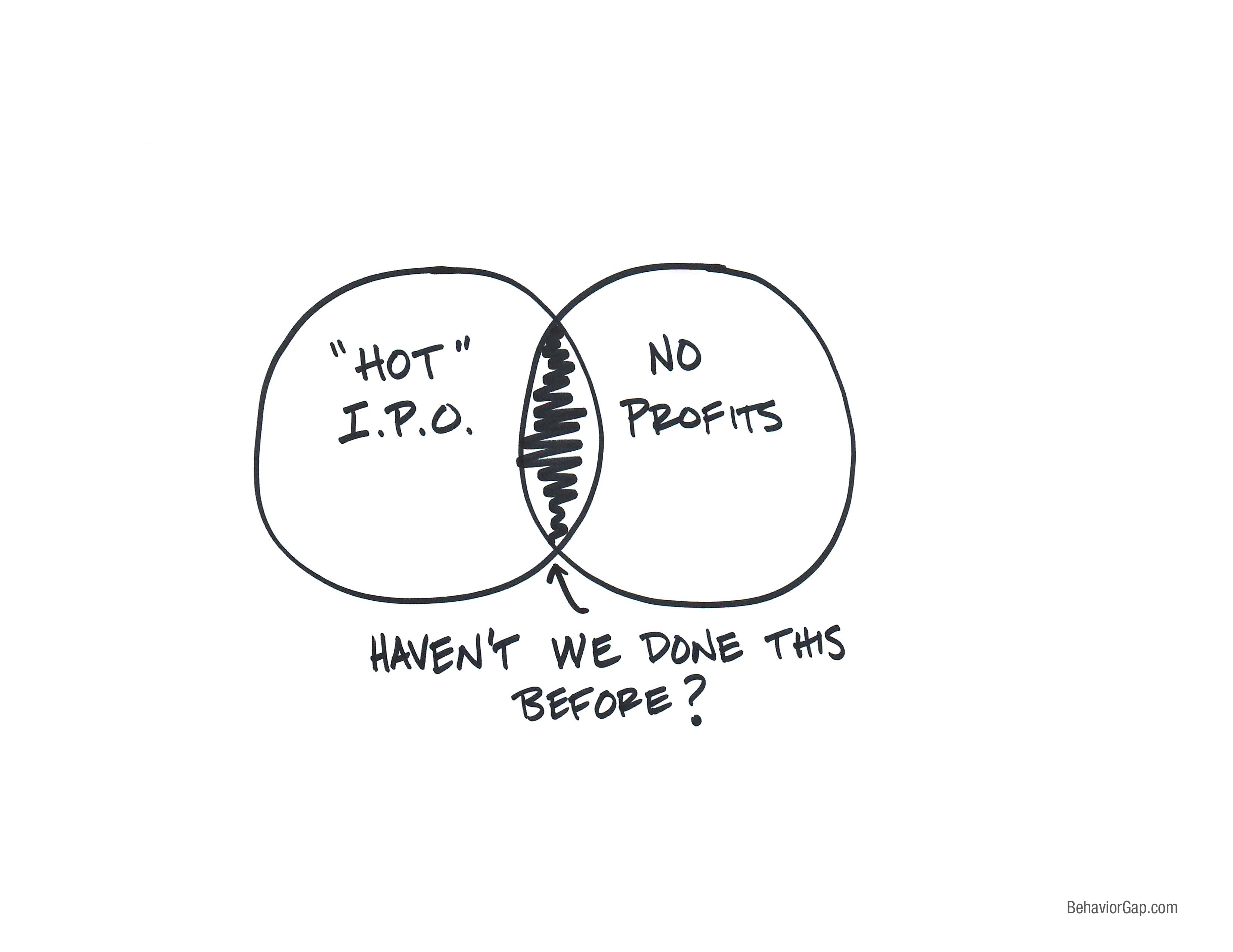 Stories abound about people who put their whole net worth in Tesla stock or Bitcoin, making them near-instant millionaires.

Many prudent investors went from being grateful they were diversified in March, to envious of those getting rich quickly by concentrating their investments into speculative investments.

We all suffer from what is called Mimetic desire. What it boils down to is the human propensity to want what other people have. That drives much of our behavior. The same reason why a toddler suddenly wants a toy just because they see another toddler picked it up off the floor is why we kick ourselves for not buying Tesla stock 5 years ago when we hear stories about those who did (that's also hindsight bias).


Getting Rich Quick vs. Slow

The most difficult thing about investing prudently is that you eliminate your chances of getting rich the lucky way. When so many people are seemingly getting rich quick, it's hard to feel like you are on the sidelines (that's why "get rich quick schemes" will never go away). But that won't last forever. Many of the success stories we read today won't have a happy ending. 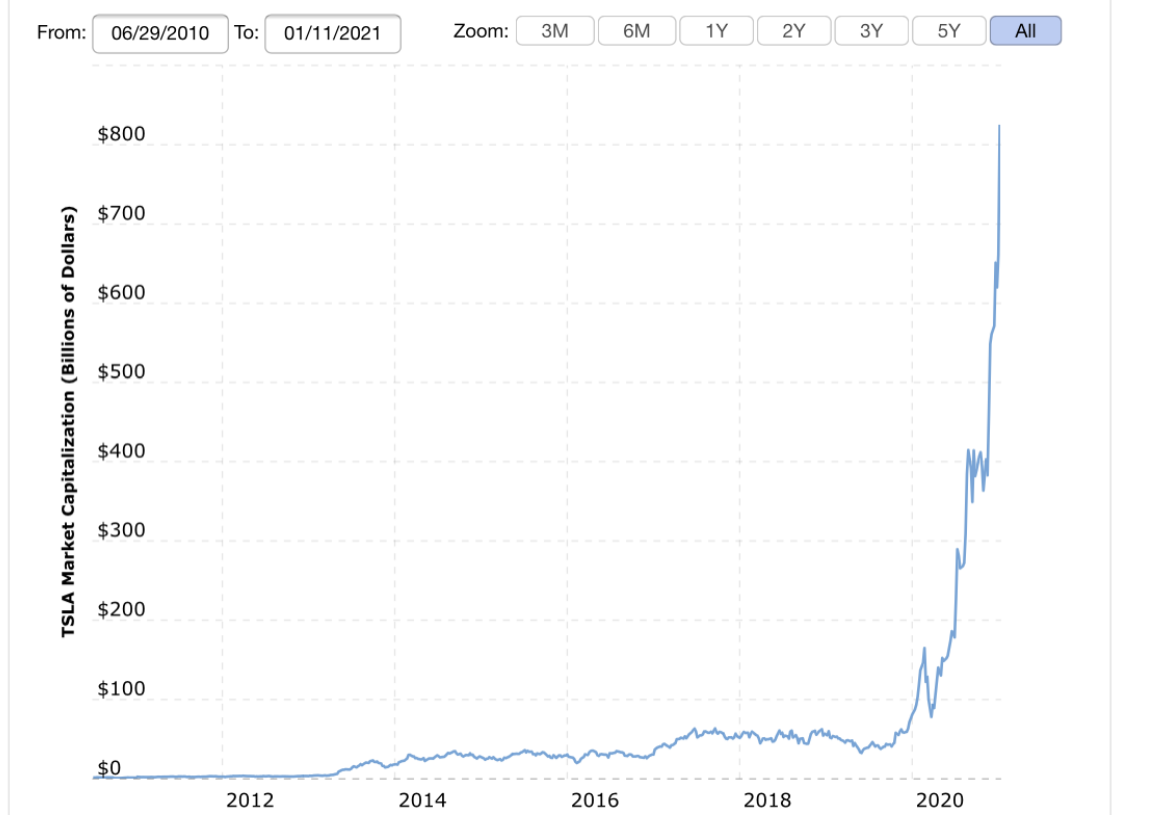 The same type of person who is willing to bet their entire net worth in a single risky investment is the same type of person who waits to take their chips off the table until it's too late.  There is a recent story of a guy who put all of his net worth in Tesla and has turned a couple hundred thousand dollars into $13 million. When he shared the news on Twitter, everyone pleaded with him to sell and diversify.

He struck the lottery but refused to cash his ticket.

In fact, instead of spreading out his risk, he concentrated it even FURTHER. Rather than taking his massive profits by selling shares, he margined his shares (borrowed money using the current shares as collateral) to buy more. So now if/when Tesla comes back to earth, his losses will be severely magnified.

Markets like this leave us prone to the psychological trap coined by Annie Duke called "resulting." In investing and all of life, we are required to make decisions under conditions of uncertainty. We don't know what the future holds -- what stocks will do next nor who the next Bill Gates or Jeff Bezos will be. Resulting is when you judge a decision based upon the outcome, not the quality of the process used to make the decision.

Concentrating your entire net worth in a speculative tech stock with no profitability? Not a prudent decision. Though a lucky few will enjoy a tremendous outcome by doing just that. But for every person who got rich doing that with Tesla, there are 1000 other people who lost everything doing it with another stock.


Never Make a Killing, but Never Get Killed

For those of us committing to invest prudently, we know we'll never hit the home run. But we also won't ever strikeout. Rather than attempting to get rich quickly (which most likely would lead to financial ruin), we are content with plodding along and letting time work its magic as our returns compound and compound and compound while avoiding the costly mistakes that interrupt that extraordinary process.

We know that the surest way to build wealth is not by making speculative bets, but rather by taking risks for which there is a high likelihood of being compensated for bearing them. Unfortunately, neither the lucky way nor the prudent way is easy. Being lucky is rare and being prudent goes against our nature. But despite the sudden riches stories we read in the media, one has a much better long-term track record of producing wealth than the other.